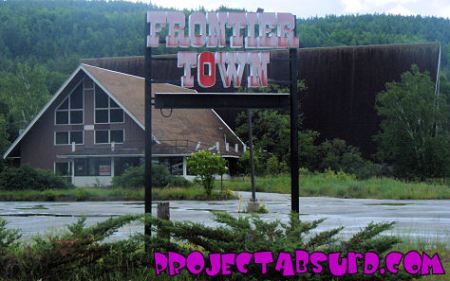 Frontier Town was a Wild West Theme Park in the Adirondack Region of Upstate New York that opened in 1952 and, except for a few years in the 1980s, remained open until 1998. The park has been abandoned since that time and still contains many of its original structures. Project Absurd visited what was left of Frontier Town in the summer of 2009, and have posted two pages worth of pictures and videos documenting our visits. Click on the links below to check them out.

This entry was posted on Thursday, September 10th, 2009 at 9:00 pm and is filed under Travel - NY. You can follow any responses to this entry through the RSS 2.0 feed. You can leave a response, or trackback from your own site.